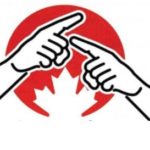 In 2017,  Sign Language Instructors of Canada has been changed to  Sign Language Institute Canada.  The Canadian Cultural Society of the Deaf applied for, and received a grant from the Social Development Partnership Program-Disability Component to raise the educational standard of teaching sign language for professional teachers and instructors in educational and community settings, and to provide access to Deaf Educational Resources.

Sign Language Instructors of Canada actually began when Carol Padden, an American, first gave a workshop on American Sign Language at the National Festival of Arts ‘80 in Winnipeg, Manitoba. This led Carole Sue Bailey to attend summer school to take ASL instruction courses at Gallaudet University in 1981. She then approached the Canadian Cultural Society of the Deaf asking them to form a pioneer committee which became known as Canadian Sign Language (C.S.L.) whose objective was to develop a standard Sign Language curriculum for all Sign Language teachers across Canada. When the com-mittee was formed, Jo-Anne Robinson was elected as chairperson. She made a survey of all the instructors across Canada and prepared a research paper on Maritime Sign Language. Carole Sue then set objectives similar to those of the Sign Language Guidance Network of the U.S.A. with regard to certification standards and criteria. When Jo-Anne was elected President of the Federation of Silent Sports of Canada (now Canadian Deaf Sports Association) she resigned from her C.S.L. position. At about the same time, Carole Sue was appointed chairperson of the project “Canadian Sign Language Dictionary” – now called “The Canadian Dictionary of ASL”. A natural offshoot of the Dictionary Project was the Sign Language Instructors Certificate Organization. Carole Sue called the first meeting of S.L.I.C.O. in Toronto, Ontario on July 27, 1982 during CCSD’s biennial National Festival of the Arts. Unfortunately, S.L.I.C.O. was inactive for two years due to lack of financial support, an affiliate system, and appropriate resource materials.

In 1984, however, under the leadership of Gary Malkowski, chairperson of S.L.I.C.O., a spark of interest in the organization was rekindled. Carole Sue and Sandra Reid, with the assistance of the University of Alberta and Grant MacEwan Community College, sponsored a national three-day workshop for S.L.I.C.O. at Grant MacEwan Community College, Edmonton, Alberta. The organization was renamed “Sign Language Instructors’ Certification”.

Carole Sue is now known as the founder of Canadian Sign Language Instruction and Communication as she was instrumental in fostering its organization. In spite of drawbacks and frustrations, she paved the way for this organization to become a reality! 8